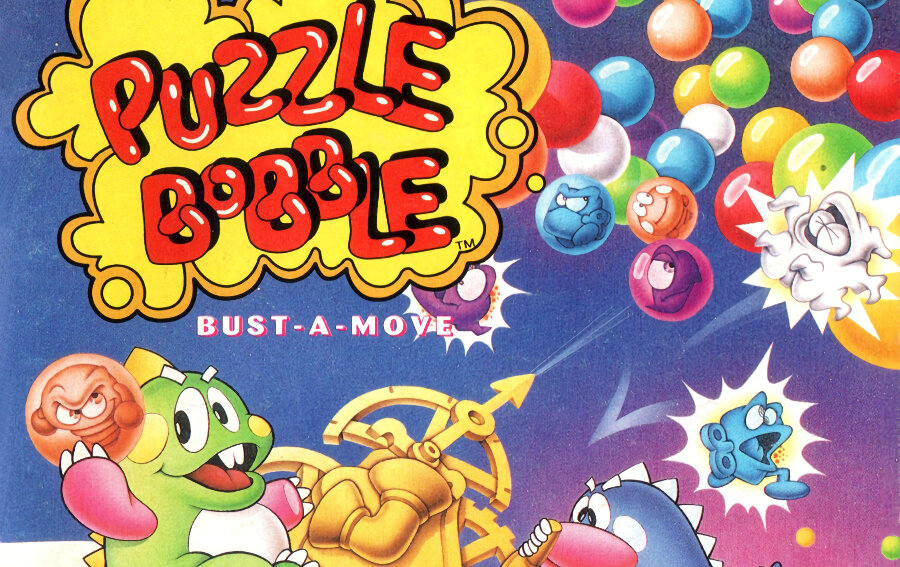 In 1994, Taito released the arcade puzzle game Puzzle Bobble (another name is Bust-a-Move), based on characters from the platformer Bubble Bobble that had seen the light eight years earlier. The new game, in which two cute little dragons shot colorful balls to collect a combination of three or more of the same items, was so popular that it spawned several sequels and transfers to home gaming systems.

And soon Puzzle Bobble will appear on the Commodore 64 and Amstrad CPC by retro enthusiasts. On Amstrad CPC the puzzle is being ported by Crazy Piri, as announced in a YouTube video announcement. At the same time in the video you can see how the gameplay looks like on this platform. It is planned that the port, in addition to "great music and graphics," will contain the same levels as the arcade original.

The Bas Scheijde group is responsible for the C64 version. According to a team representative, development is already close to completion -- it was "99.3%" at the end of January, and the release was supposed to happen "in 28 ¹⁄₂ days." But apparently we'll have to wait a little longer. The game will also become a copy of the arcade version and will be distributed for free, as a tribute to Taito and the C64 platform. You can admire the already achieved result in a special video on YouTube: