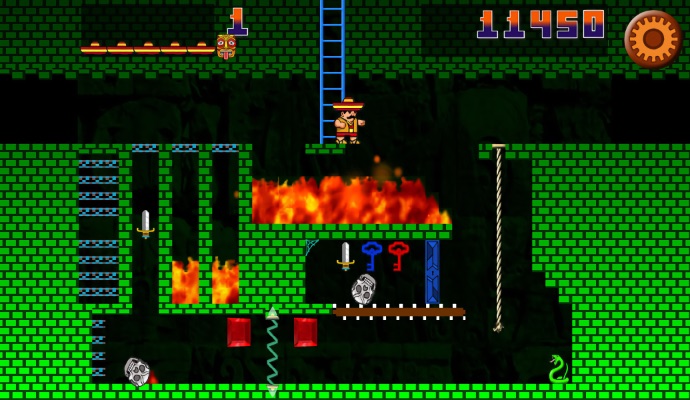 Robert Jaeger, creator of one of the most famous retro platformers ever, Montezuma's Revenge, is working on two improved versions of the game at once - for the Atari 8-bit line of computers and for the NES console.

Recall that Montezuma's Revenge, released in 1984, throws players into the body of the protagonist nicknamed Panama Joe, who explores the labyrinthine dungeon of Aztec emperor Montezuma II. The goal of the game is to score points by collecting all sorts of jewels, and spiders, snakes, skulls, laser gates, conveyor belts, disappearing floors, and fiery furnaces get in the way. Some screens are not easy to get to, the way is blocked by doors to which you must first find the key of the corresponding color.

The game was ported to many platforms, including the Commodore 64 and ZX Spectrum. On the Spectrum, however, the game was called Panama Joe and was very inferior to the original. The situation could correct only in 2009, domestic programmer Andrew Zhiglov, who released a maximally authentic port called Preliminary Monty. And, of course, over the past 37 years the game has had a bunch of fan remakes and mods - the most recent ones include Montezuma's Redux and Montezuma Again!. 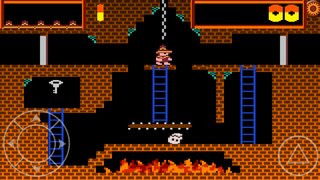 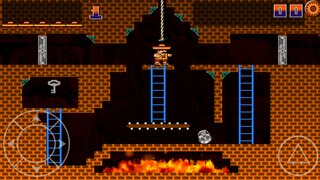 Robert himself didn't pucker up either - in late 2020, his studio Normal Distribution released a modern version Montezuma's Revenge! designed for Windows, macOS and iOS, and Android. Not only does it faithfully recreate all the levels and rooms from the original, but it also boasts a modern graphics mode and new sound, not to mention the ability to save the game at any time. If you love Montezuma's Revenge, you should definitely try this version - it costs from 89 to 279 rubles, depending on the platform.

But back to the "extended versions". Back on December 30, 2020, Robert published a teaser of the project codenamed Montezuma's Revenge: Director's Cut on his studio's YouTube channel:

No details were provided by the author, but the title itself hints that we may not get the trimmed version that Parker Brothers released, wanting to cram the game into a 16K cartridge (ironically, it ended up being released on floppy and cassette anyway), but the full version that Robert did on the Atari 400 with 48K RAM. There, for example, was the final battle with the boss, the huge Montezuma. Jaeger never had time to finish it, but no one would stop him now. About a month later, on January 22nd, he released another video showing a brand new room in the game:

From Robert's comments on "Facebook", we learn that the game will be released on an Atari 8-bit cartridge - this time in normal size, not 16Kb. Director's Cut will not only introduce players to a normal ending, but also new rooms, and possibly updated old ones. The fact is that the author is completely satisfied with only 10-20 screens from the original, because at a certain point the publisher told him to finish development and give out the final product "right now". And, most pleasingly, all the new and updated rooms from Director's Cut will also appear in the aforementioned versions for Windows, macOS, iOS and Android. Jaeger has not yet announced the exact release date, but we can safely aim for 2021.

As for the NES-version, then Robert wanted to port the game to this console back in the 80's, but the publisher was reluctant to allocate money for this. Of course, it was a big mistake, which probably cost Parker Brothers and the author a lot of money. But now, again, no one is stopping anyone from correcting that mistake, so a port codenamed Forgotten Version is also in development. Whether it will repeat Director's Cut is unknown, but I want to believe that it will. The programming is being done by a certain Felipe Reynaud - of course, under Robert's watchful eye. There's also a video shot on camera:

It looks great, and by the looks of it, plays great too. In short, the work is boiling on all fronts, and fans of Montezuma's Revenge can only be happy.