A hacker accelerated Super Castlevania IV and Axelay by 10-33% 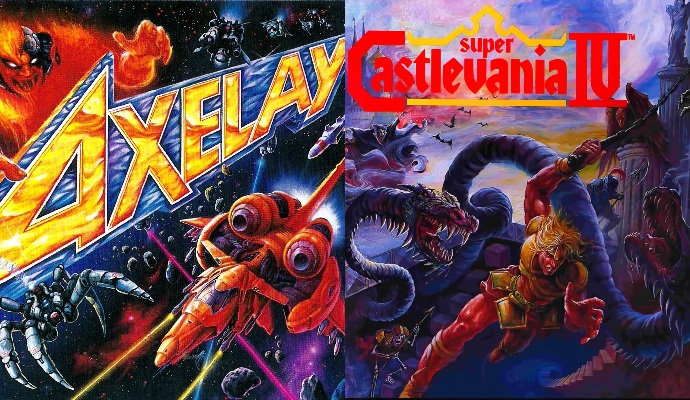 A month ago we wrote about SA-1 Root project, where Brazilian hacker Vitor Vilela is speeding up SNES games. He does it by adding support for the SA-1 chip, which is three times faster than the standard SNES processor and can do math functions like multiplication and division, and lots more.

But Vitor has another project - the so-called Project FastROM. Here, the modifications are even simpler - games designed to work with slow memory (SlowROM at 2.68 MHz) begin to interact with fast memory (FastROM at 3.58 MHz). Depending on how often these games access the ROM on the cartridge, they gain from 10% to 33% in speed. Theoretically, all SNES releases could use FastROM at one time, but it was noticeably more expensive than SlowROM, so SlowROM was much more popular.

Now, however, the price is not an issue (especially when most retro fans play on emulators or use devices that allow to read game images from SD-cards), so old games can be remade so that they work faster. That's exactly what Vitor is doing - he started with Super Castlevania IV and continued with the scrolling shooter Axelay.

Using FastROM allowed both releases to avoid almost all of the brakes. This is especially noticeable in Axelay - a lot of scenes there use particles, which makes the game noticeably sluggish. Well, that's all in the past now, although Axelay still doesn't run at full speed in some scenes. Apparently, the only way to help here is to use the SA-1 chip.

Download patches from GitHub or from Perfect Pixel: here for Super Castlevania IV and here for Axelay. And you can watch a video demonstrating the accelerated gameplay of the scrolling shooter: