A fan built an exact replica of Nintendo's first headquarters 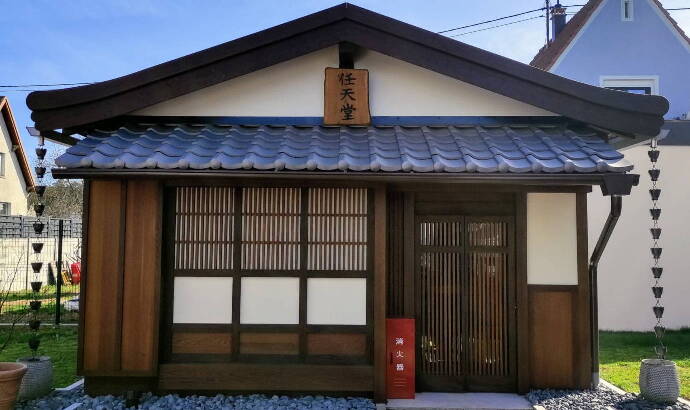 French collector Fabrice Heylig can safely claim to be the most important fan of the Japanese company Nintendo. For a long time, he collects everything associated with this company - started with video games and consoles, continued with ordinary toys, and then switched to vintage sets of playing cards, with the production of which, in fact, the history of the "big N" began. The passion Fabrice gradually grew and required, first of all, the availability of finances for the purchase of rarities. And as the collection grew, another pressing issue arose: where to store all this wealth?

Monsieur Heylig solved this problem radically - he built as exact a replica as possible of the very first Nintendo office, where the company had originated in 1889, the century before last. Unfortunately, the Kyoto building was demolished in 2004, so for the reconstruction we had to use photos that remained. It was only possible to reproduce the facade as there is no information about the interior as well. Heylig used elements of the neighboring 1933 building, also owned by Nintendo, as a guide for determining dimensions. 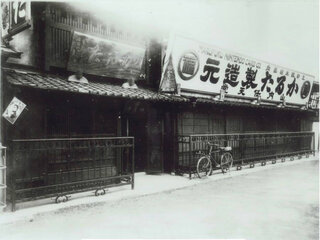 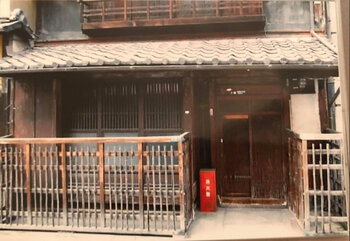 The building was decided to be erected in the backyard. The collector found a skilled carpenter who caught fire for the idea of such a unique endeavor. One of the biggest difficulties was acquiring the original Japanese tiles. Fabrice had to contact many companies in different countries before he was able to find authentic examples. Due to the small quantity of goods, the cost of transportation was twice as expensive as the tiles themselves. But finally his luck caught up with the collector and he found the pieces from a Dutch company working in Japanese garden design. She just had some leftovers, which were purchased.

After purchasing all the materials and approving the design, it took just under a year to build, despite delays caused by the COVID-19 pandemic. Heylig decorated the facade with small details, including a wooden plaque with a carved Nintendo logo in Japanese characters and a red box with a fire extinguisher shipped straight from Japan. 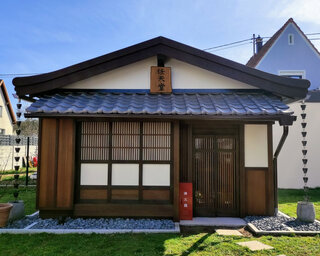 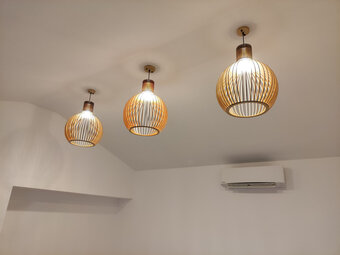 The final result and interior lighting.

Inside, the room is quite comfortable - it is ventilated, the thermal conditions are respected, and good lighting is installed. There are three tatami in the center of the main room, on which guests can sleep if necessary. In addition, the floor in the room is slightly higher than in front of the entrance, in accordance with tradition - in Japan this area of the house is called "genkan" and is intended for removing shoes. And along the walls along the entire perimeter there are stands with a collection of Nintendo-issued playing cards. The perfect frame for an outstanding collection, so to speak.

You can see a bunch of pictures showing the process of building the house at Before Mario. And we have to give Fabrice a lot of respect - while some crazy people spend $660,000 for a regular sealed game, this guy made every Nintendo fan envy for a much more modest amount of money.