The Dark: Lost Pages, a first-person shooter and two-dimensional arcade game, is out. 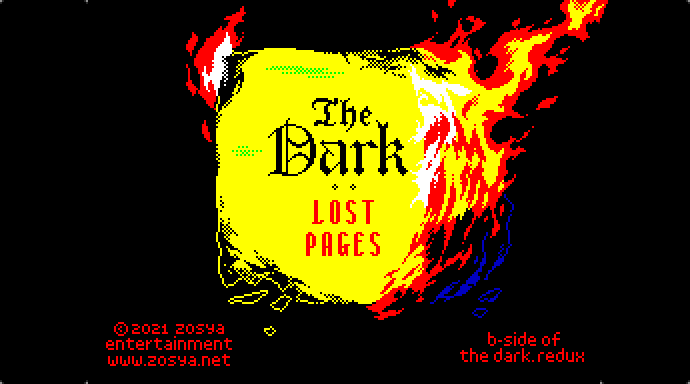 Zosya Entertainment studio has released The Dark: Lost Pages, the "second side" of the soon-to-be-released physical edition of the first-person shooter The Dark. Redux that we recently wrote about. The game works great even on the ZX Spectrum 48K, although if you run it on a 128K computer, you can enjoy AY music during the Prologue.

Speaking of which, the Zosya wizards added a whole big arcade segment with a side view to the classic shooter for variety's sake. It's probably made on the Valley of Rains engine (/games/valleyofrains/), although the game is played quite differently - the emphasis is not on action (although it's present), but on exploration. 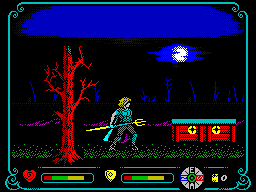 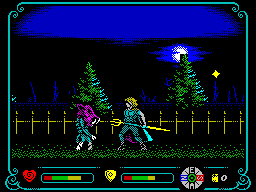 Navigation is confusing, a bit like Dun Darach and other games from Gargoyle Games - moving up and down, you actually turn 90 degrees, and only a compass helps to orient yourself. In general, if you can't draw maps of any complexity in your head, you'd better do it on paper, so that you don't wander around the same screens.

After the Prologue, you will finally find yourself in the first-person shooter and be able to run around on 9 new maps, which are much bigger and more diverse than in the original. There are more enemies too - even a fire-breathing dragon! And the goal of this game is to collect all the pages from the Book of History.

Download The Dark: Lost Pages from official site or from "Perfect Pixel". 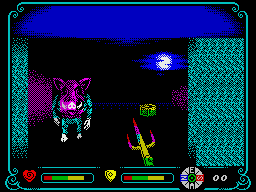 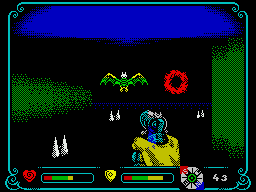