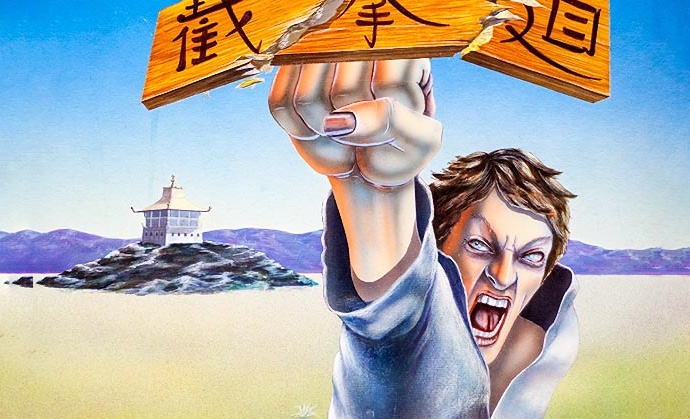 After we found out, that Wonderful Dizzy won't appear on ZX Spectrum Next (at least, not in the nearest future), many ZX Spectrum Next owners got depressed - there's not so much great and high-class stuff on it yet (though more and more every month). However, Enrique Olifers, who took the blame for the Dizzy mess, promised to replace Wonderful Dizzy with some other good exclusive, and just imagine, he kept his word!

Meet the legendary fighting game The Way of the Exploding Fist for ZX Spectrum Next! The original game came out in 1985 on the Commodore 64, and then was ported to several more platforms, including the ZX Spectrum and Amstrad CPC. On these two computers Fist topped the chart of best selling games for a while, and sold 500,000 copies in Europe. All in all, a well-known and highly respected fighting game by the Spectrum community - one of the few truly good representatives of the genre. 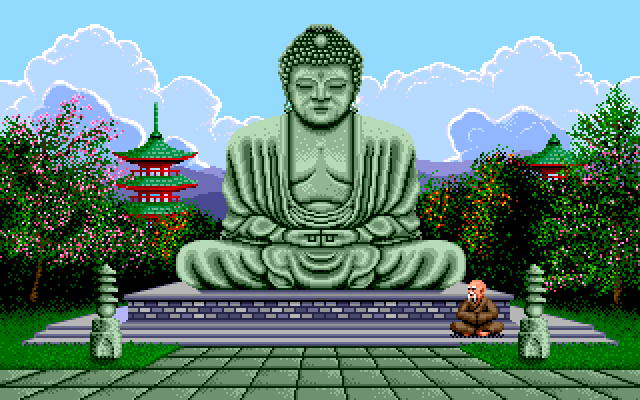 The WASP studio consisting of the following people took over porting the game to Next: Lyndon Sharp (he's the programmer here, though actually a great musician who worked on Bubble Dizzy, Kwik Snax, CJ's Elephant Antics and Spike in Transylvania)), Stephen Day (well-known artist), Phoebus Dokos (also artist) and Lampros Potamianos (composer). You won't have to create the graphics from scratch - Stephen Day already did it for Amiga (the game never came out though), so all you need to do is to convert it into the right format and improve it. And the developers will add animation frames to make the game smoother. Also great digitized sound is promised - apparently, all sorts of screaming karate players, sounds of blows and dry referee's phrases.

Those who supported the second ZX Spectrum Next Kickstarter game will get it for free, and everyone else will be able to buy it for "reasonable price" right after the release. But when exactly it's going to be released, is not reported. But the creators have shared one picture (above) and even one animated cartoon animation. It looks pretty cool: