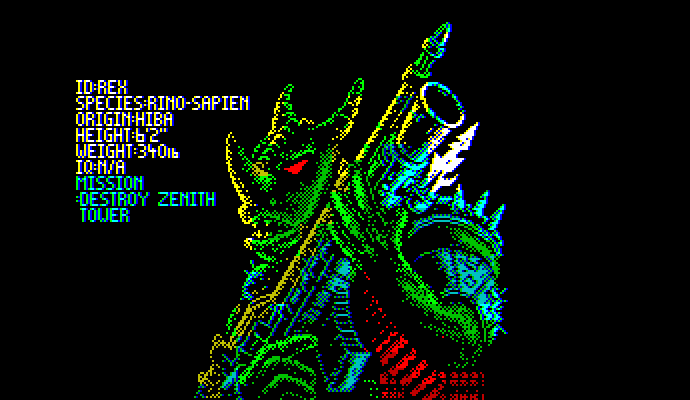 The action-platformer Rex is definitely one of the most popular ZX Spectrum games. Very detailed miniature graphics, excellent rich animation and addictive gameplay was already appreciated by players in 1988, and with time Spectrum players enjoyed the game even more. It's not by accident that World of Spectrum's Top 100 shares 18th-20th places with Ranarama and Dun Darach, and by the number of votes it leaves them far behind. Rex was also rated by magazines at one time - 82% by Crash, 88% by Sinclair User and 9/10 by Your Sinclair.

Alas, the official sequel Rex Next from original author Jas Austin, announced three years ago, is currently in limbo. Jas abandoned his YouTube channel where he posted videos about development, but at least occasionally writes about the game on his twitter. To tell the truth, the last post with a single screenshot is dated November 2020, but even that is bread. But the comrade willingly retweets news about other people's developments - for example, about the modern remake made by Neil Walker. 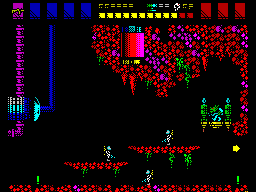 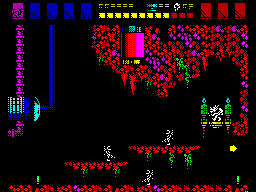 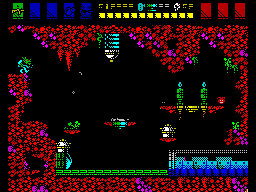 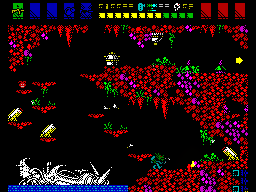 Rex Remake is a very careful porting of Rex to modern platforms with all the old maps retained but some graphical and gameplay improvements. The stylistics remain the same, but the particle effects are better, the explosions are more impressive and there is a mode with slightly more colorful graphics (press F7 during the game). So, the main character now has really green skin and red eyes, as in the splash screen - after all, he is an alien at war with the Earth invaders.

The game is not finished yet - there are no sounds, the music is inserted by a third party, and so on and so forth. But you can already try it for yourself - Neil has already published a beta version for Windows, macOS and Linux on the official page. Basically you can even download nothing and play it directly in your browser! The author encourages everyone to be beta testers, is open to suggestions about gameplay and storyline, and won't refuse help with sound, music and graphics.