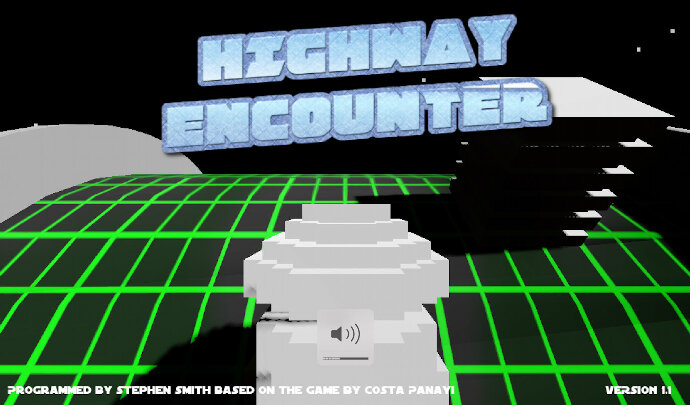 Stephen Smith has taken on the classic Spectrum games and there's no stopping him now! After Exolon and Alien 8, the comrade turned his attention to Highway Encounter, Costa Panaya's famous isometric arcade game.

The aim of the game is to drive a powerful weapon, the Lasertron, across a long highway to destroy an alien base. You control a Vortron and clear the way for several more such Vortrons (in fact, they are your lives), which are pushing the Lasertron in front of you. You have to shoot and think in the game, which is how gamers liked it in the first place.

Steven meticulously copied the entire highway, enemies, puzzles and even the ending from the original, but translated it into full 3D, replacing isometrics with first-person perspective (it's even easier that way). So Highway Encounter 3D is a full game that you can go through completely. So download it from the official page, run it under Windows, macOS or Linux and destroy the ill-fated base!

And here's some gameplay from the author:

After the game was published Stephen tried to change the first-person view to the third-person one. It turned out pretty good, let's wait for him to release an update: