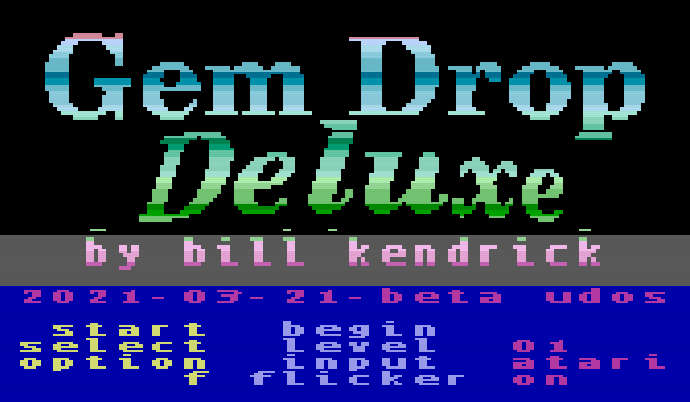 In 1997, the puzzle game Gem Drop, written in Action! for the Atari family of 8-bit devices, was released. The gameplay of the arcade Magical Drop III was taken as the basis. In the game it is necessary to make poles of three or more pieces of the same color from the colored magic stones, so that they disappear. The more stones you manage to collect at a time, the more points the game accrues. Gem Drop was later ported to the C programming language and ported to many other platforms including Linux, Windows and macOS, renaming it Gem Drop X. 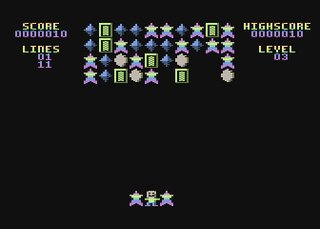 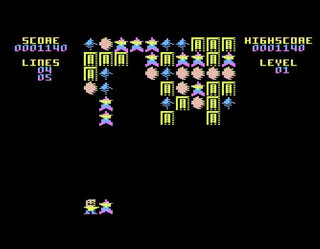 And in 2015, Bill Kendrick began developing a puzzle game Gem Drop Deluxe for Atari 8-bit. It was essentially the same game as 18 years earlier, only written in C using the cc65 cross-compiler. However, in addition to learning and practicing programming, the author aimed to add new features to the updated version. Gem Drop Deluxe contains 20 unique levels, with the latter made more difficult by doubling the number of jewels. The new version also boasts several auxiliary bonuses.

You can download the game from special page or directly from "Perfect Pixel". You can run the game on any Atari 8-bit device with 48 KB of RAM.