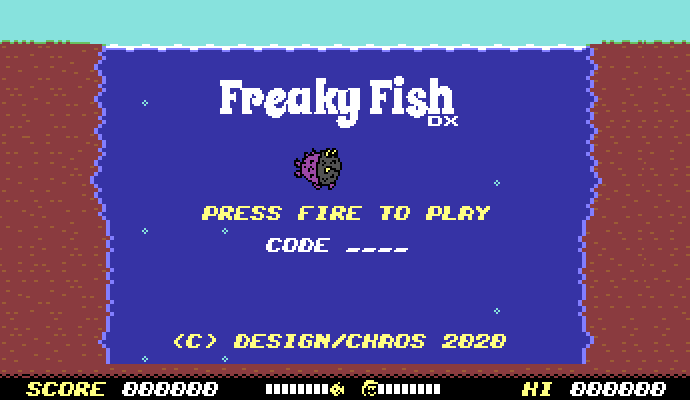 Bitmap Soft Publishing has released its first ever cartridge of a Freaky Fish DX game from DESIGN/chaos studio. This is, as you can easily guess, an improved version of the Freaky Fish arcade game for the Commodore 64, entered in the contest 2018 Reset64 4kb 'Craptastic' Game Compo.

The main game is a fish that is able to create protective bubbles and for thirty levels must save himself and his friends from peasants who use dynamite improperly. After the contest ended, the authors of this, you might say, environmental action game completely rewrote the engine, improved the graphics, added music and a bunch of new levels, and then posted the game on itch.io, where it is still available for free download to this day. 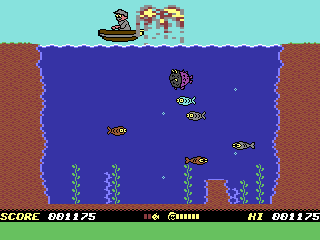 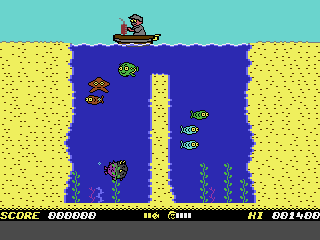 However, the version from Bitmap Soft is no slouch either, and differs from the "regular DX" 5 with new "Arctic" levels bringing the total to 30, updated music, changes to the NTSC version, some fresh gameplay elements and other improvements. You can buy Freaky Fish DX either on the aforementioned cartridge for £35 (it will lie in a beautiful box along with a user manual, stickers and A4 poster) or on cassette for only £10. 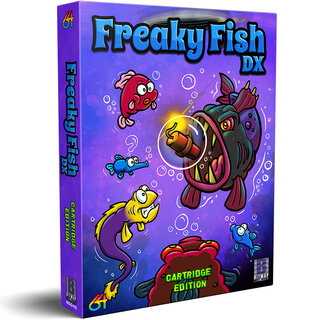 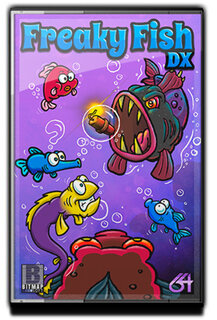