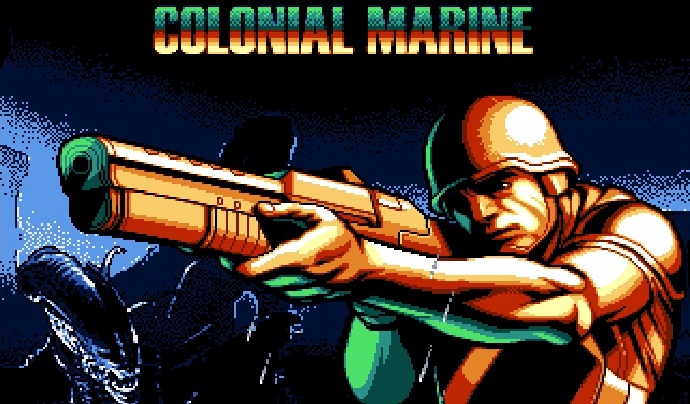 Perfect Pixel previously wrote about enthusiastic developer Electric Black Sheep and his over-the-top shooter Project Horizon. If anyone doesn't remember, this peculiar homage to Commando, Chaos Engine and Alien Breed sent players to a Nazi military base on the moon in 1977. The game is in development for the Amiga and has not yet been released.

But that doesn't stop the developer from dreaming. And one of his fantasies is directly related to those Aliens, whose name has become a household name. We are talking, of course, about xenomorphs, evil alien organisms, also known as Aliens. Based on the James Cameron film of the same name, Electric Black Sheep created a technical demo based on the Project Horizon engine, in order to demonstrate how the game could look like for the Amiga. The resulting brainchild was dubbed Colonial Marine.

A short clip shows a typical marine running around a space base shooting off angry xenomorphs. Connoisseurs and connoisseurs will be pleased with the attention to detail: opponents spray acid-green blood, cocoons are placed on the floor between which face-grippers move with their articulate legs, and among the elements of interior decor there are obligatory cryosleep capsules.

But in the description of the reel the author breaks down all the fans' dreams with a little disclaimer, saying that all the rights to the Aliens franchise belong to the 20th Century studio, and the main character's model was torn from the game Xeno Crisis by Bitmap Bureau and is used only for demonstration purposes.