A brand new action video has been released Super Metal Hero, which looks like Metal Slug in both title and gameplay. Announced by Double Sided Games last spring, the game was supposed to release in Q4 2020 and contain elements of a scrolling shooter - well, to make the gameplay more diverse. However, the video still doesn't show any of that, and the release date is clearly off. And there's a reasonable explanation for that. 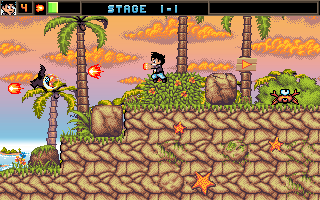 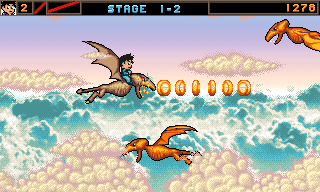 It turns out that in the meantime, programmer Michael Gibs had a falling out with the entire team, in particular with artist TenShu. As a result they decided to split the development into two parts: Gibbs went to freelance finish his platformer Miky's Land with its graphics, while Double Sided Games started to look for a new coder. Eventually Colin Vella was found and picked up the fallen banner. Now development is done in a Blitz Basic environment, but the old promise of smooth operation on the Amiga 1200 seems to hold.

As for the scroll-shooter, it seems that no one refused it either, although anything can happen. We'll wait for more information about the project, and in the meantime, watch the video: