Castlevania: Spectral Interlude will be released on PC Enterprise 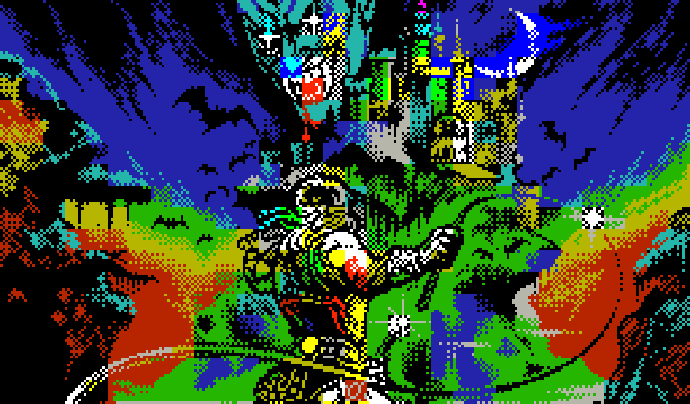 Persa Noel, known under the nickname Geco, has already made quite a few quality conversions for the Enterprise PC. And in April of this year he started porting Castlevania: Spectral Interlude - one of the most beautiful and complex games for ZX Spectrum.

The main problem at the moment is the lack of free memory. If on Enterprise with extra RAM the preliminary version of the game runs in full capacity, then on the standard 128K machine there's not enough space for the final cutscene and some music tracks. That's because the screen takes a bit more space in the Enterprise memory than on the Spectrum, plus the music playback code has been extended - to emulate some features of the AY music chip. Most likely, you'll have to sacrifice the function of saving your progress to disk or tape. 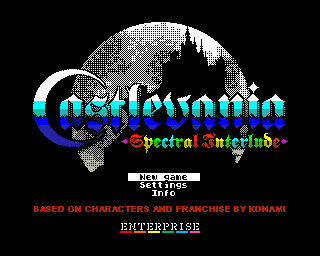 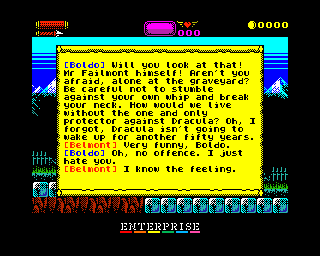 However, the porting is close to the final, but still not finished, so it is possible that the result will be a full version, which can be run even on an unmodified Enterprise 128.

You can follow the porting progress on Enterprise Forever forum. And we'll be sure to tell you about the release of the final version here at Perfect Pixel. In the meantime, here's a gameplay video: