Not columns, but pillars - the game Pillars was released on ZX Spectrum 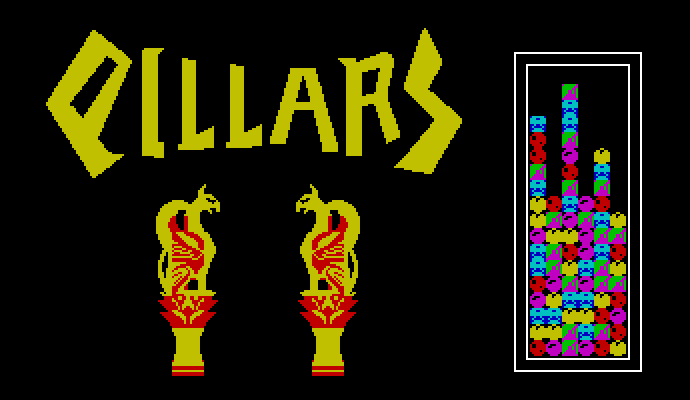 Tired of the puzzles, which Under4Mhz produces at a Stakhanovite pace? That's right, you can never have too many good puzzles! After Pitman and Mahjong Solitaire the comrade released Pillars - a good clone of the famous Columns (which, in turn, is a close relative of "Tetris").

Pillars also has a vertical well into which pieces of three colored gems fall. You need to connect them so that lines of three or more of the same gems are formed - then they disappear, freeing up some space in the well. As the pieces fall more and more quickly, the well gets more and more cluttered. Once it is clogged to the top, the game is over. 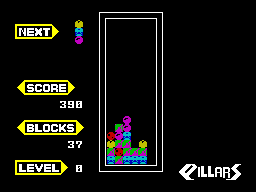 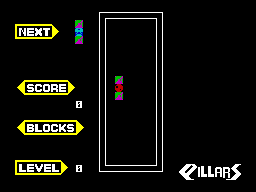 Unlike mahjong, there are slightly more implementations of Columns on Spectrum - the Spectrum Computing website counts exactly five pieces. Nevertheless, the sixth one won't be superfluous, because it plays very well.

You can download Pillars from Spectrum Computing forum or from "Perfect Pixel": here version for 128K, and here for 48K.