The Humans - When People Are Dumber Than Lemmings 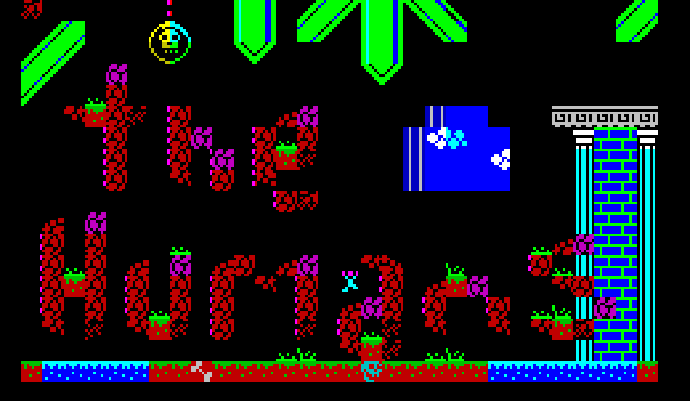 Notorious Spectrumist Gabriele Amore has released a cute Lemmings clone for his beloved computer with the suggestive title The Humans.

The gameplay is identical - from one point on the screen falls a bunch of identical creatures (in this case - people), which by default can only run in one direction, bump into an obstacle and rush back. If there's an abyss or a wall of fire in their path, they don't hesitate to step forward and die instantly. In order for some of these dumbasses to get to their destination, you have to assign them tasks such as "digging", "building ladders", "not letting anyone go further" and so on. Sometimes some of the poor guys have to be naturally sacrificed to make sure everyone else gets to the destination.

Gabriel's game differs from its famous ancestor not only by its greater colorfulness (the original on Spectrum is mostly monochrome), but also by its greatly increased speed, and through this - and complexity. There is almost no time to think, you have to act lightning fast. But some other things are simplified - for example, there is no individual counters available actions (issued, for example, 11 pieces for everything, and you need to distribute them), and there is no minimum limit on the rescued people (enough to get out of this mess at least one).

You can download the game from "Perfect Pixel" or from the Spectrum Computing forum (https://spectrumcomputing.co.uk/forums/viewtopic.php?f=3&t=5368). And if anyone wants to dig into the source code, here's script for AGDx Mini, which is what The Humans is written on. 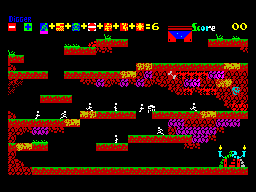