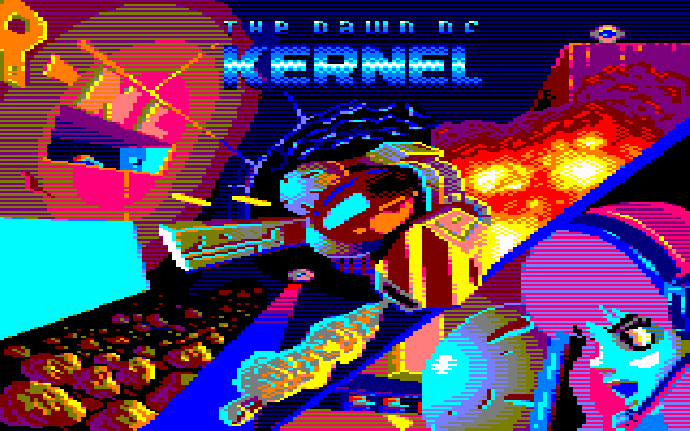 The colorful games that Juan J. Martínez (Reidrac) made for the Amstrad CPC computers are well-known. In May retro gamers who had enjoyed his previous titles ( Magica, Golden Tail and Space Pest Control, to name a few) were eagerly waiting for the release of his next creation, The Dawn of Kernel, but it wasn't meant to happen. Something went wrong along the way and the game was postponed.

The delay is understandable. After all, the project is very ambitious. Just check the trailer under this article to get some perspective. From the first glance it is a Cybernoid-like game, but in reality things are far more complex. It would be a tactical shooter with puzzles and a large map to explore.

The good news is, a few days ago Juan announced the new release date. The game is coming 21st August. Yes, it is that close! And the collector’s edition is already available for pre-order.