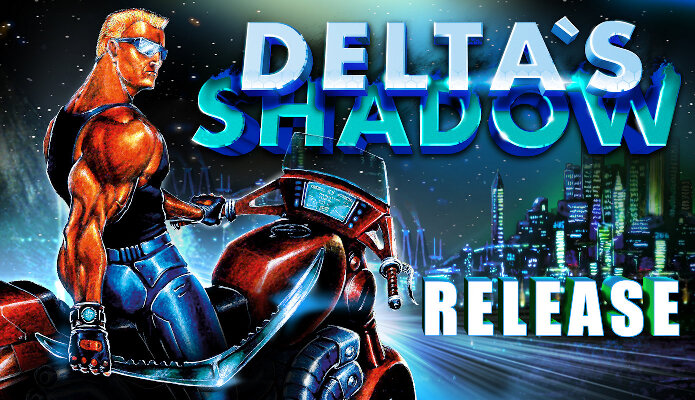 Here comes the action game Delta's Shadow, which was once called Power Blade 3, but for obvious reasons changed the signage. The game premiered on channel sinc LAIR, and presented it producer, screenwriter and generally the main idea inspirer of the project Eugene Sukhomlin.

The other developers besides him were Alexander Udotov (he was programming the game), Evgeny Rogulin (he made graphics for ZX Spectrum and ZX Spectrum Next) and Oleg Nikitin (he wrote 22 tracks, mainly covers of famous NES games) - this team released many worthy games on ZX Spectrum.

The game is only released in TR-DOS version, you can't wait for cassette-record version - the creators say, that there is so much content in Delta's Shadow, that it could hardly fit on a 640-KB floppy diskette, what to a cassette. Although the game runs on a normal 128kb ZX Spectrum, the developers strongly recommend enabling turbo mode, otherwise you'll have to sacrifice some of the graphical effects. You can, of course, restore them in settings, but the game will start to slow down noticeably. But with turbo mode, it's all quiet and smooth! 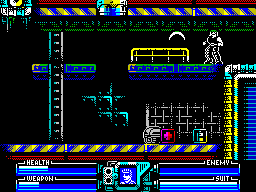 The Next version is, in fact, a somewhat unadorned and devoid of clashing attributes port from the classic Spectrum, and with the option to choose the original graphics. Support for Turbo Sound, by the way, is on Next, and on "classic". There is also a version for Windows, but it is actually wrapped into Next emulator.

You can buy the game at ZX Online: the digital version costs €5, the physical one costs €30 (shipping included). This price includes a DVD box with color insert, an SD card with all versions of the game and the premium content, plus two A3 posters. The usual boxed edition manual is missing, but he, presumably, and is not particularly necessary. But there is a Russian version, along with English, Spanish and Polish. 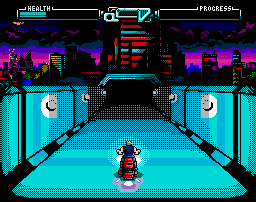 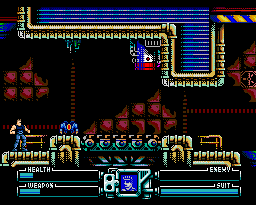 Well, before you buy, you can download the demo and try the game out for yourself. Just keep in mind that the game controls are non-standard (WASD+BNM+P), and even menu navigation is not via the usual QA+Space or Enter, but via WS+N. In general, it is recommended to use a two-button (at least) gamepad - it will be much more convenient (but how to connect it - that's another issue). Oh, yes, the archive weighs about 120 MB, because it has all versions at once, including "wind" one, which takes the most space.