The adventure game Neadeital, spiritual successor to Dun Darach and Tir Na Nog, is out. 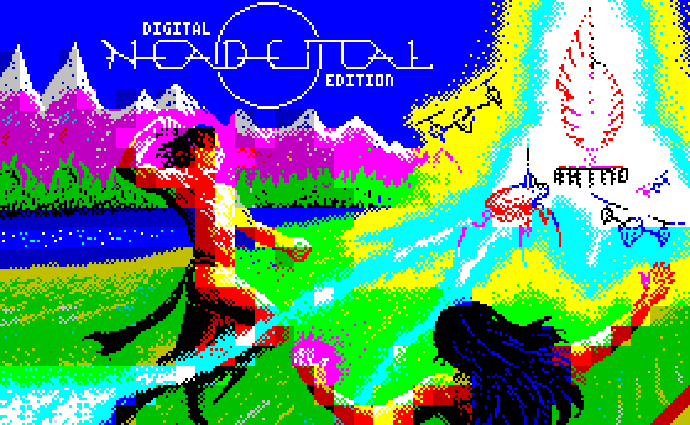 Here comes the release of the adventure game Neadeital, about which we already wrote a couple of times in connection with the fundraising for the latest issue of Crash yearbook (from now on this magazine will be published at least once a quarter).

Recall that its author Matt Birch was inspired by the creations of Gargoyle Games - in particular the infamous Tir Na Nog and Dun Darach. This is very striking - and gameplay, and control, and a kind of atmosphere, not to mention the graphics and animation. Except that the visuals are more colorful and varied, and the main character moves around the locations much faster. Yes, the animation lost a little in smoothness, but it is a reasonable compromise. 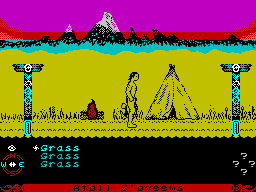 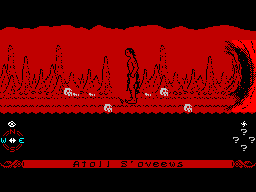 The events of Neadeital are set in a world that existed before humanity. The humanoid creatures inhabiting it lived in harmony with nature and were able to use magic. But this beautiful world has been invaded by an evil race from the distant stars, and now you must save Nideital from the uninvited guests.

We've already played the last game of 2020 for ZX Spectrum (the digital version was released on December 31st) and we can confirm that it was very decent. The graphics are really pleasing to the eye (especially the constant change of daylight hours and other perturbations in the sky), and the puzzles are quite complex (sometimes even overdone). In short, if you like the aforementioned Tir Na Nog and Dun Darach, Neadeital will certainly be to your liking.

The game is not yet available in the public domain, you can only buy it. Currently available digital version for £ 5. Later there will be a physical release - £ 10 for a normal cassette, £ 15 for a medium sized plastic box and £ 25 for a nice box in the style of Gargoyle Games. By the way, all proceeds from the sales of Neadeital will go to one of the funds to fight amyotrophic lateral sclerosis (the very disease that Stephen Hawking had). 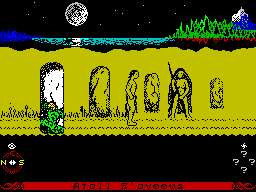