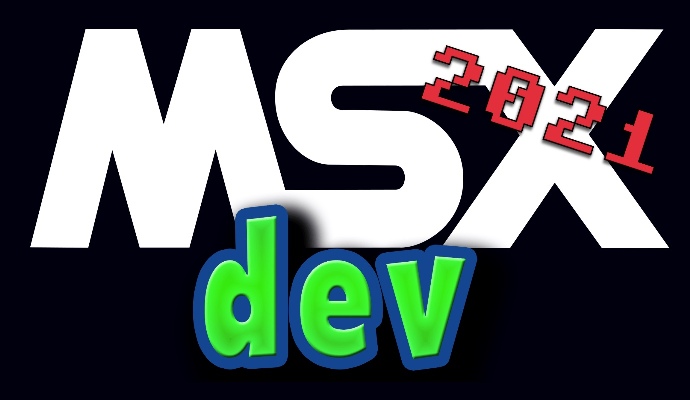 Here started the contest MSXdev'21 - at the end of last year, but better to write about it late than never, right? Understanding that serious technical limitations only encourage programmers, the organizers decided to keep the main condition of last year's contest in force: only games running on the first MSX model without all memory expansions, graphics gas pedals and other addons are accepted. Only latte-retro, only hardcore!

Submissions will be accepted until August 31, 2021, which means the developers have exactly eight months (starting January 1). The next day the games will be judged until September 30. It may seem that this is too much even for a couple dozen games, but if you remember, that last time two judges analyzed each game in the most thorough way (graphics, sound, gameplay, and so on), then the questions disappear.

Well, the results of the contest will be presented to the public no later than October 15, 2021. Just like last time, the money for the prizes will be collected from all over the world, so if you suddenly decide to donate money for a good cause, go to PayPal. First place will get 50% of the prize pool, second place will get 30% and third place will get 20%. And for sure some company or just a kind soul will give away a couple of extra prizes - a gamepad, a cartridge or something like that. In general, none of the winners won't leave offended.

In the meantime the first three entries for MSXdev'21 are already here.

A puzzle game in which you have to get to the exit by strategically moving boxes around the level. From the screenshots, it might look like another variation of "Sokoban", but in fact the game has nothing in common with it. True, your reaction speed on the keys leaves a lot to be desired, but puzzles usually do not prevent it. 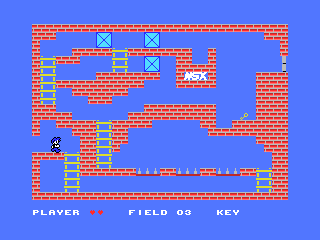 A wildly retarded and unsympathetic keyboard simulator with creepy music masquerading as a regular arcade game. You will hardly learn how to type faster, but then you will have to treat your eyes, ears and nerves. Careful! 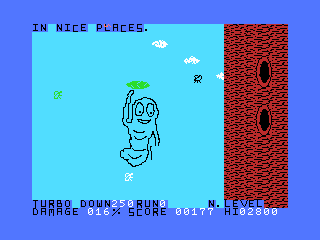 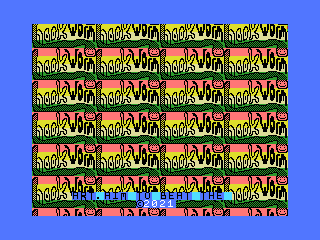 A passable clone of either Deflektor or A Whole New Ball Game is an arcade puzzle game in which you have to guide a ball across the screen from point "S" to point "E", collecting all the bonuses along the way. To do this, you need to rotate the "reflectors" scattered around the screen so that the ball bounces off them in the right direction. 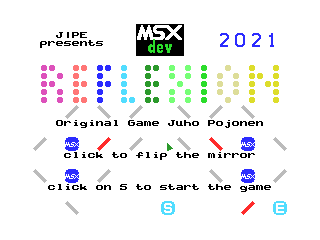 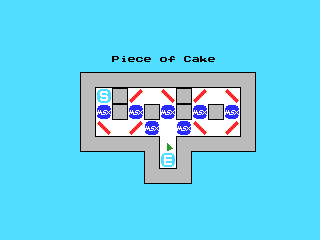