Enthusiasts have found a working demo of the cancelled Castlevania: Resurrection for the Sega Dreamcast 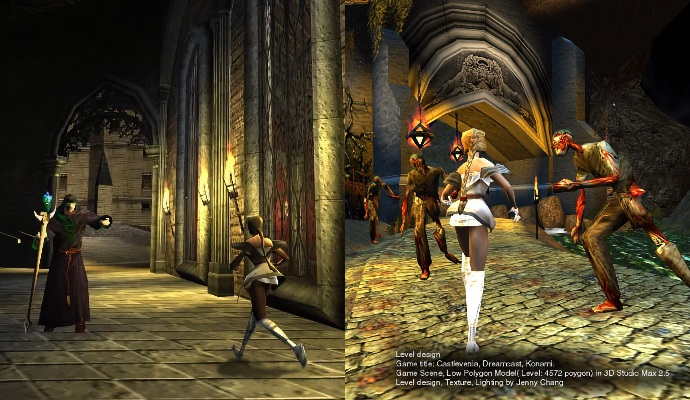 The history of the series Castlevania will cross the 35-year mark this year. The very first installment saw the light of day in September 1986 on the Famicom Disk System (FDS) and MSX2 consoles. In its long life, Castlevania has been released on a multitude of platforms, and the franchise has become one of Konami's biggest and longest-running brands. Of course, over the years, all sorts of things have happened, and individual editions have become real rarities.

In 1999, Konami announced a 3D action game Castlevania: Resurrection for the Sega Dreamcast console. However, the game's release was then indefinitely postponed, and later cancelled altogether. The most likely reason was the success of the competitive Sony PlayStation 2 console against the background of the surrendering Dreamcast. There are only a few official screenshots and a brief description that says that the main characters were Sonia Belmont (from Castlevania Legends) and a certain Victor Belmont from the 1800s, despite the fact that the action takes place in 1666.

Castlevania: Resurrection was considered lost until recently, but a French collector managed to get his hands on a copy of a working demo of the game. The disc is dated May 11, 1999 and was presumably intended for the E3 show. The demo contains five locations and one boss battle, with levels available for selection from the menu. At the moment it is unclear if the owner plans to put the disc image into the public domain to keep the project in history. But anyone can admire the launch video.