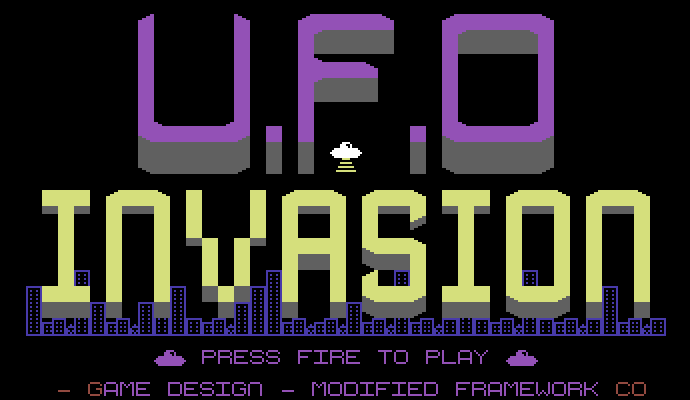 The sixth game U.F.O. Invasion from the anonymous British developer TheReaperUK, who is planing various shooters exclusively with the said Shoot'Em Up Construction Kit (SEUCK), has pulled up for the competition SEUCK Compo 2021.

The accompanying upbeat music by Andrew Fisher (Merman) and the inclusion of background animation support to simulate movement toward the horizon leave a very good first impression. The gameplay, however, does not shine with variety and offers to fight mainly with a record table (filled initially with alternating Reaper and Merman) to get the best score in 22 cyclic waves with slightly different opponents, non-targeting the hero's direction. 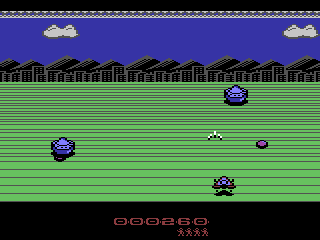 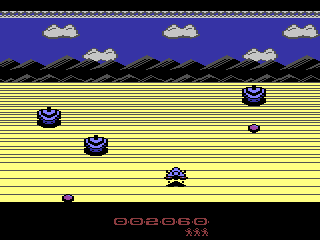 The backstory, however, is simple. Earth is attacked by Unidentified Flying Objects (UFOs). Your mission is to destroy as many UFOs as you can. However, keep in mind that you only have 5 fighters for everything. Good luck, pilot!