Escape from Freaktonia in the new shooter for ZX Spectrum 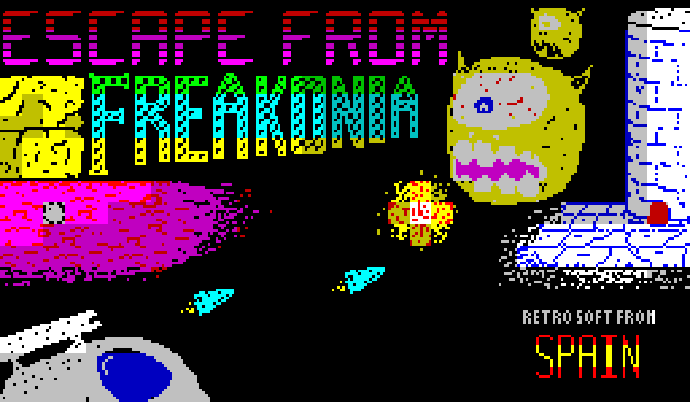 After a shaft of monotonous platformers, it's nice to come across a more or less original game for ZX Spectrum called Escape from Freakonia - an arcade-style Cybernoid shooter that sometimes turns into a real scrolling shooter. It was made by a Spaniard (or a Spaniard) from the self-critically named Krappygamez studio who created a good three-dimensional tetris-clone Retrobloc and the platformer Yet Another Krappy Platformer that works even on ZX Spectrum 16K.

Your goal is to get away from the planet Friconia by stealing the shuttle and trying to get to the spaceship. Of course, enemies surround you on all sides, so you have to shoot them off. However, at first the shuttle can do nothing of the kind - to get the weapon you need to get to the workshop. There are a few similar upgrades in the game, which brings some much-needed variety to the game.

In short, despite some glitches and places not very fair layout of levels and placement of enemies, the shooter from Escape from Freakonia is not bad. You can download it from official page on itch.io or from "Perfect Pixel". 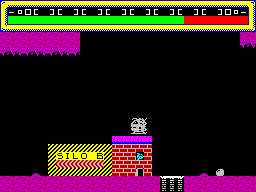 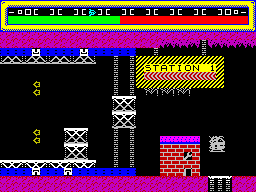