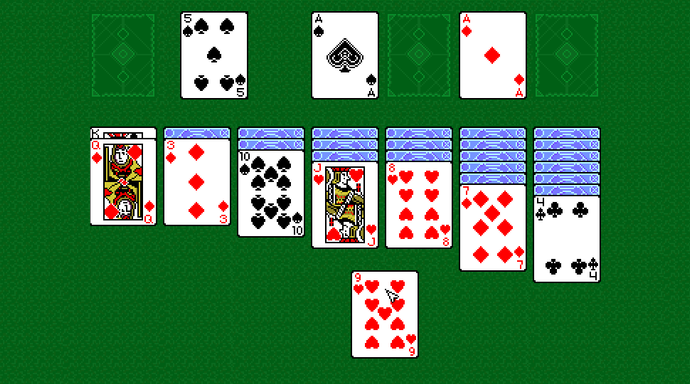 Yes, this is the same "Solitaire" (or the same "Solitaire", whatever is more familiar), which was known and loved by all Windows owners, starting with version 3.0. In principle, the implementation of this particular solitaire pond, including on "Spectrum", but why not play one more?

TSolitaire code was written by Sergey Slobodchikov, and the music was traditionally written by Oleg Nikitin. You can download the game from TS-Labs site, ZX Online or directly from "Perfect Pixel".

And here's a gameplay video: