A port of Castlevania: Spectral Interlude for the Enterprise PC has been released 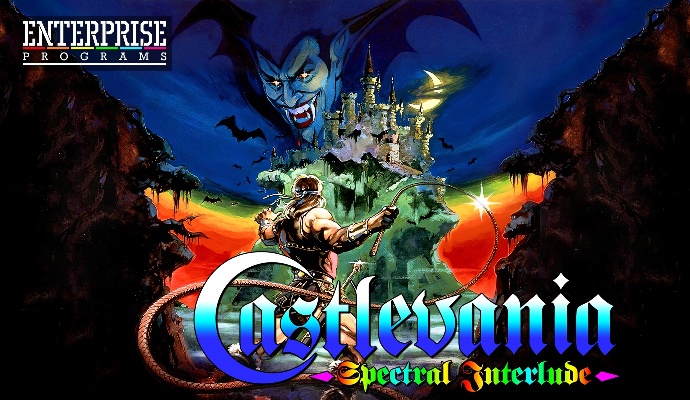 The Enterprise computer library continues to be updated with comprehensive and exciting releases. This time it's a game Castlevania: Spectral Interlude that was released on the ZX Spectrum platform in 2015. The porting was done by the tireless Geco, who has been making great conversions from other computers for years.

This fan release from the popular Castlevania series combines elements of classic NES games, more modern "metroidvania," and the authors' own ideas. The plot tells the story of the mysterious disappearance of the Belmont clan in the middle of the franchise's official timeline. 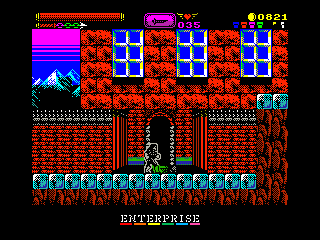 The game is transposed as closely as possible to the original: while graphically there are almost no differences, the music sounds slightly different (the missing envelope sound in the Dave chip is emulated with a 1 kHz interrupt).

As mentioned earlier, it will be possible to run Spectral Interlude in its entirety on a computer with extra RAM. But the owners of the standard 128-kilobyte machine will also be able to pass the game, though with some limited functionality.

Recommended system requirements (to run the game in its entirety): 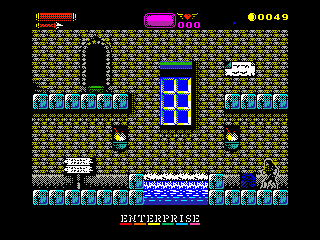 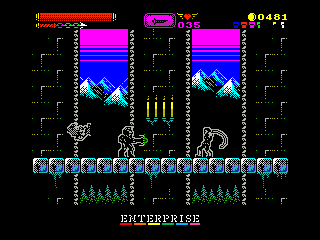 In the latter case, the save/load function will be unavailable, the game tunes will be 4 less, and the final cutscene will be missing.

You can play both on the keyboard and with one of the available joysticks by reassigning the control in the settings.

Download Spectral Interlude from "Perfect Pixel" or from Enterprise Forever forum. Discuss there, too.

In the future, Geco plans to port a few more games created by Russian developers to Enterprise. But you'll find out more about them in the next news on Ideal Pixel. Translated with www.DeepL.com/Translator (free version)