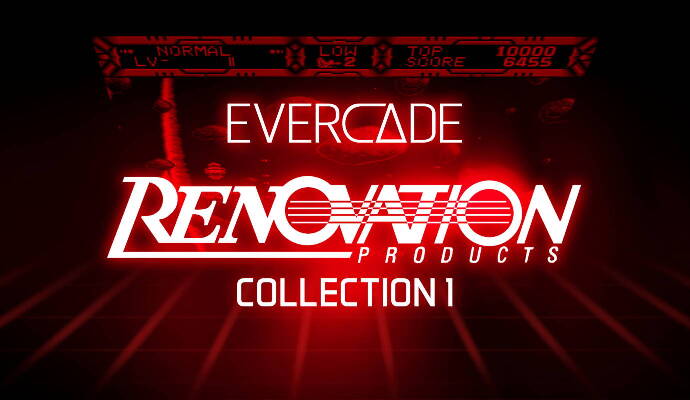 It includes exactly 12 games from Japanese publisher Telenet and their American division Renovation. All of these games haven't been released in Europe and are considered to be quite rare. According to Pricecharting.com, the boxed versions of the games cost over $1,400, and if you take the cartridges alone, they cost $450. Considering that all cartridges for Evercade cost £15, $18 or £20, depending on the region, this is a very good deal. True, the price for Renovation Collection 1 has not yet been announced, but let's hope it won't be higher.

The cartridge itself will be available sometime in 2022, but in the meantime you can watch its trailer:

And here are a few more cartridges which were announced for Evercade, but somehow we forgot to write about them. First up, three cartridges with games for different consoles. They will all be available September 29, 2021.

The compilation contains exactly 12 games of varying degrees of hit, once released long ago on the Intellivision console. Here is the full list and trailer of the collection:

Eight more games from the indie publisher, and this time the number of games from Denis Grachev is going over the top - exactly half of them: Alter Ego: Dreamwalker, Gluf, Misplaced and Yazzie! And here's the full list and trailer:

Five superhits from British studio Bitmap Brothers, including Chaos Engine and Speedball. It's not hard to list them all:

Blaze Entertainment has also heeded fans' pleas and finally announced the first 4 cartridges filled with arcade games. Yes, the hegemony of console releases on Evercade has finally come to an end! All four cartridges are scheduled to go on sale November 3, 2021.

A hell of a dozen golden classics from Atari - even Pong, Crystal Castles and Missile Command are here! Catch the entire list and the overall trailer of the four arcade cartridges:

Among the games from this publisher there are also enough hits - for example, Double Dragon II or Block Out. There are a total of thirteen titles on the cartridge:

There are only six games on this compilation and they are much less well-known, but arcade connoisseurs will surely recognize something: