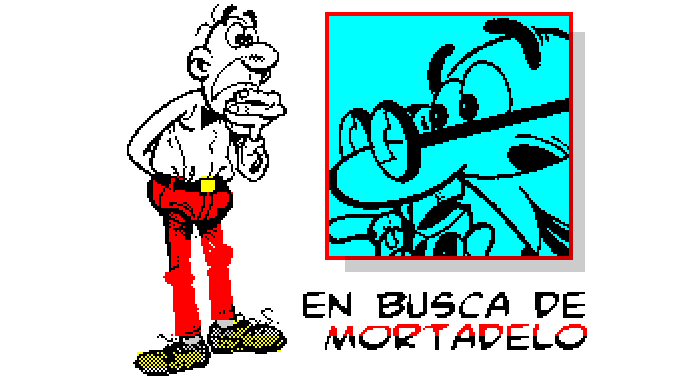 Isometric game En Busca de Mortadelo for a long time was considered lost for all fans of the ZX Spectrum. In 2010 it was finally found (in the form of a Z80 snapshot) and after seven years it acquired its own loading screen and found more or less presentable appearance.

The game was built in the 3D Game Maker editor for the contest in the MicroHobby journal. The winner was promised 50 000 pesetas (about $ 450), and his game was to be published by Dro Soft. 30 000 pesetas ($ 270) was promised for the second place, but without a commercial release. In October 1988, the results were summed up, and representatives of Dro Soft said that they are considering publishing a collection of eight best works at once. In the end, not one of the finalist games was published, and all of them are still considered MIA. I want to believe that at least the winner and the prize-winner have received the money promised to them.

En Busca de Mortadelo was not even in the "Top 8" because of it's mediocrity (and it's to put it mildly). But it's interesting because it was made by Alfonso Fernandez Borro — an excellent Spanish artist, who later worked on such games as Casanova, Lorna, La Espada Sagrada and Viaje al Centro de la Tierra. Or, well, maybe because it was based on the popular Mortadelo and Philemon spanish comics. 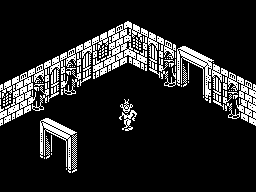 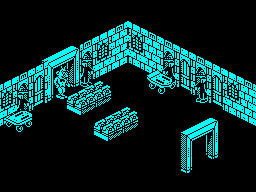 The artist Ignacio Prini Garcia (also known as Neil Parsons), known for more modern games for ZX Spectrum (Aquanoids, Bubble Frenzy, Little Dragon 2), as well as alternative loading screens for classics (Bubble Bobble, Zorro, Mr Heli). Be sure to check out his page on ZX-Art, it's worth it. And Alfonso's works are also worthy of careful review, for that matter.

Ignacio not only made a good loading screen for En Busca de Mortadelo, but also packed it with the game in TZX- and TAP-files so that it could be loaded from the cassette. And also created a disk version to please the owners of ZX Spectrum +3. Now all this is in the Dropbox archive, which contains five versions of the game, including the original Z80- and SNA-snapshots. With the full approval of both artists (including Alfonso) it can be downloaded and distributed.