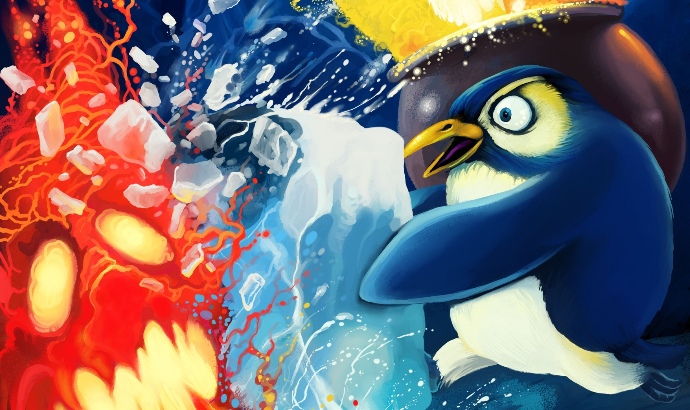 Gabriel Amore, who has already released a decent number of AGD games on ZX Spectrum, this time rides its little brother, AGDx Mini, which operates with sprites the size of a single character. He chose the well-known arcade game Pengo - the one in which a cute little penguin brutally kills his enemies by crushing them with huge ice blocks - as the inspiration for the new release.

Basically, Pengo has been ported to ZX Spectrum in one form or another about twenty times - see here a selection on Spectrum Computing. There's a game by Amore himself called Pengo Quest, and there's a famous clone by the Oliver twins starring Dizzy. Yes, yes, we're talking about Kwik Snax. 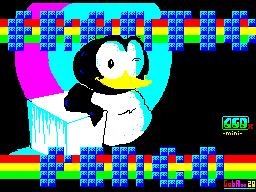 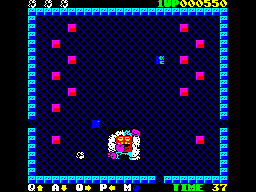 Gabriel's new brainchild is called Frantic Pengo - the graphics there are much simpler than in the original (and even more so in Kwik Snax), but the playing field is much bigger. Of course, there are also disadvantages - sometimes it is very difficult to hit the enemies, because they move very quickly and strictly on the familiar places, and the ice block to the other end of the field can fly very long. Otherwise, it's not a bad version of Pengo, and even with the ability to skip a level by pressing the G key.

Download the game from our website or from Spectrum Computing forum. Also, check out this awesome poster drawn by Lobo! 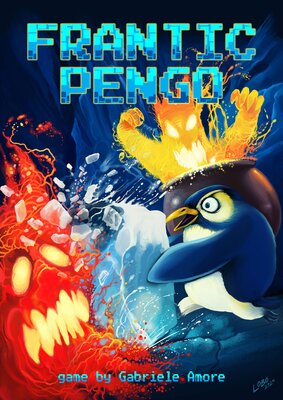 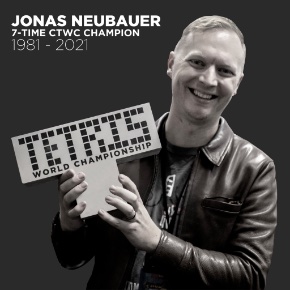