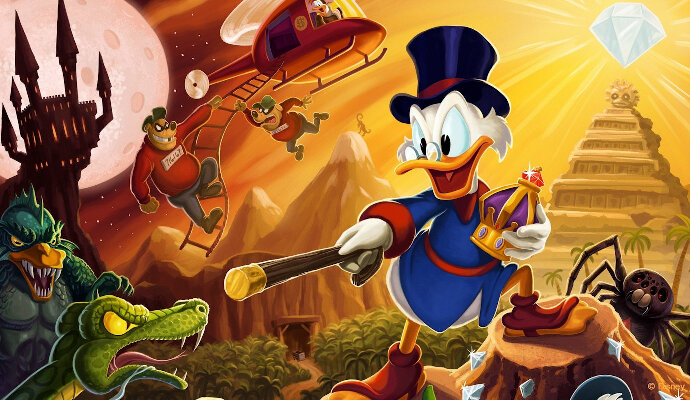 All former or current Dandy owners in our country (and beyond) simply had to play Duck Tales, Capcom's wonderful platformer based on the Disney animated series. Although the game will be 32 years old this year (my God, how time flies!), new information about it keeps popping up to this day.

Recently, the site of The Cutting Room Floor project dedicated to finding and restoring all sorts of alphas, betas, pre-release versions, and just scrapped content from the games, published the earliest Duck Tales build at the moment, dated February 5, 1989 (the previous published build was from May). It differs from the final version a lot - the basic and darker menu without copyrights (by the way, this color scheme looks nicer), a slightly different logo, a radically different system of charging money for the collected treasures, the absence of many treasures proper, an obvious lack of music and sound effects, the obvious incompleteness of maps, and so on and so forth. 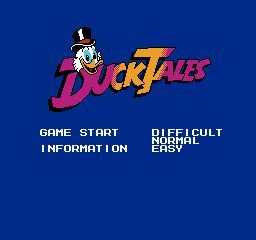 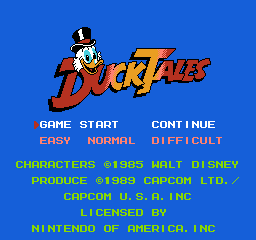 In general, you can not normally enjoy the game, but the historical value of this build is great - for example, it found a completely new music theme, entitled Map. It was playing, as you can easily guess, on the level selection screen, but eventually it was replaced by the tune that everyone knows. Maybe it was the right choice (the final version is more calm and even somewhat relaxing), but Map is still a good track, and it's a pity it wasn't included in the game in the end. It sounds like this:

By the way, the final version of Duck Tales was deprived of another good track, Ghost House, which sounded level in Transylvania. It was, however, also present in the May build, so it's not such news, but we'll let you listen to it anyway:

You can download the February build from our website. The music, though, is also - in NSF format.

And shortly before that, Kotaku interviewed the game's producers, David Mullich and Darlene Lacey, who worked at Walt Disney Computer Software. Yes, Capcom was responsible for the creation of Duck Tales, but David and Darlene provided the Japanese with the necessary information about the series and all sorts of art, as well as pre-approved the level sketches, did extensive beta testing, made some adjustments to the dialogues and even sprites, and were engaged in the final approval of absolutely all the game elements.

The article is big and interesting, so we highly recommend read it in its entirety. But a couple of funny things from it.

For example, many have wondered: why the hell is Scrooge McDuck running around the levels in a red suit and not in blue, as in the animated series? The answer to this question is very simple - it turns out that originally the costume really was authentic, but it looked very bad on blue and just dark backgrounds. The red one stood out a lot more, so that's why we chose it.

It also turned out that in earlier versions of the game, there was an option to give up the treasure! Then instead of the familiar Scrooge: "That's right, guys! I couldn't have done it without you guys. I really am the richest duck in the world" would have said the much more tearful, "There's more important treasure in the world... A Dream and Friends." Thank goodness Lacey realized that this was completely out of character and replaced it with a more appropriate one.