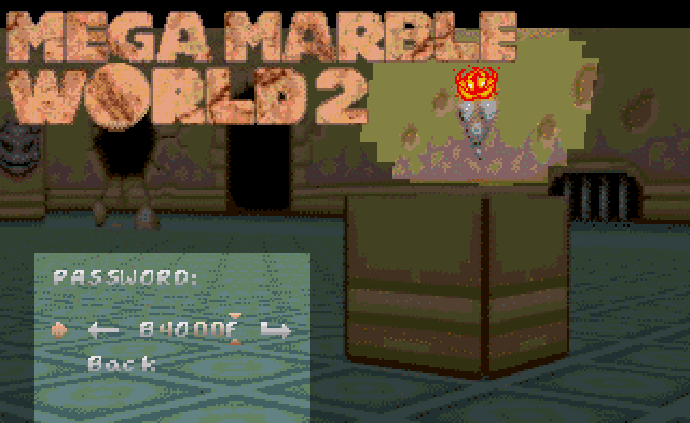 A developer known by the nickname SegaTim has announced that he has finished working on a new game for the Sega Mega Drive. It is called Marble World 2 and is a sequel to the 2015 project. In terms of genre, it's a puzzle game - players must guide a marble ball through numerous maps with obstacles. The trick is that the ball moves in one direction until it stops, so it is necessary to calculate the route of movement by points, which will allow you to change direction and move further. Add to the complexity of passing scattered traps and the need to look for colorful keys.

As of late January 2021, SegaTim reportedly has completed development and is now looking for a publisher to release the game on cartridge. Marble World 2 includes 36 levels with non-linear gameplay. You can save progress between them with a password system. The locations have four themes: Dungeon, Pirate Ship, Water and Palace. Sound accompaniment includes 9 melodies and sound effects for all actions. Additionally, the game supports 9 languages, among which - surprise, surprise! - Russian is one of them.

Download alpha version for testing on Sega 32X emulator (it's not clear why this game is made for Mega Drive) from game discussion page or directly from "Perfect Pixel".