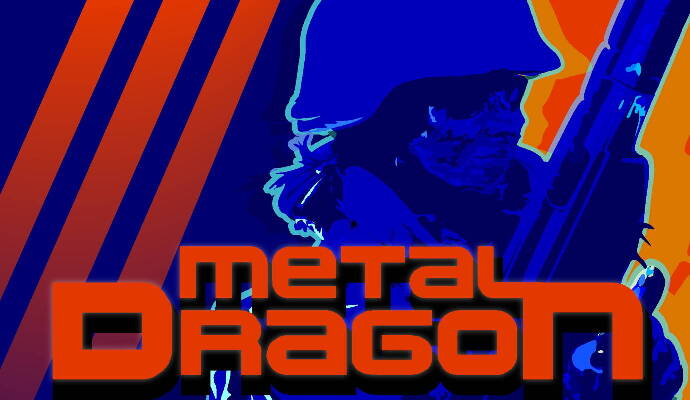 A group of independent Spanish developers known as Kai Magazine is currently developing an overhead view action Metal Dragon for MSX. If players are interested in purchasing a physical copy, the developers will open a pre-order window, but in the meantime, you can check out the first minutes of gameplay in a special video and read the description.

The demonstrated in the video is not the final result and by the time of release the graphics, music, text and the game itself may differ from what you've seen. All graphics are done in Screen 8 mode for MSX, but thanks to the use of the V9990 gas pedal it is 10 times faster. The game was meant to be a parody of some action games from the 80s, so don't take everything you see in it seriously. The team's goal is to create a beautiful arcade game, in the spirit of the old school.

The main character, looking like Rambo from you-know-what movies, rushes forward through the jungle, inexorably slashing the unlucky enemy soldiers. Sometimes fuel barrels get in the way, and then they explode. Sometimes they don't. Then you have to blow up something else, for example, brazen jeeps with machine guns, rushing on the oncoming road. The main thing is not to stop and do not get bored, because the first can catch the enemy's bullet, and the second is generally contraindicated in contact with the action.