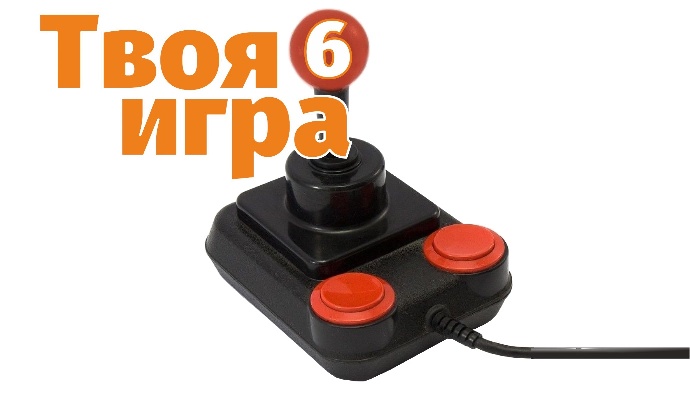 Voting for the contest "Your Game 6" has opened. We received 6 games, which is not a dozen and a half of YRGB2020, but still not bad. Besides, most of the games are designed for ATM Turbo 2 and, consequently, will work perfectly on ZX Evolution (BaseConf), so the owners of these computers are also lucky.

The prize fund of the contest is 188 000 roubles, the main sponsor is SASPACK LLC. The main sum will be given by the organizers according to the results of popular vote):

Another 58,000 rubles will be distributed by the jury at its discretion. In any case, the amount is impressive and the small number of applications only increases the chances of each of the developers to get for their work good money.

You can vote for all participants of "Your Game 6" here, putting each of them from 1 to 10 points. And we'll tell you about all the games.

A tetris-like puzzle game with tricky rules that involve the ability to add in columns in your mind. We've already written about both the first part and the sequel, which is more fluid, presentable, and so on.

A clone of the arcade game Rally-X - racing through a maze, where you have to collect flags scattered around the track and avoid meeting with enemy cars.

An arcade puzzle game by Denis Grachev, ported to ZX Evolution. The point is, on each level you must destroy all the Gravibots, skillfully manipulating gravity. We also wrote about this game quite recently - read.

A port of a flying shooter with on-screen movement and a funny feature - the unit we control consists of two parts: a base on tracks and a flying cannon. Ona can be detached from the base and with greater efficiency exterminate your enemies.

An action puzzle game in which you have to wander around a submarine in distress, think a little, and shoot at enemies. A sequel to the game put up for the Yandex Retro Games Battle 2020 contest (/news/retrogamesbattle2020/). We also wrote about this project a week and a half ago.

We didn't just write about this game - it actually came out two months ago. But then it was a version for TS-Config, and now the clone of the famous arcade game appeared on BaseConf and will work fine not only on ZX Evolution, but also on ATM Turbo 2+. Otherwise - classic tanchiki, not to diminish or add.