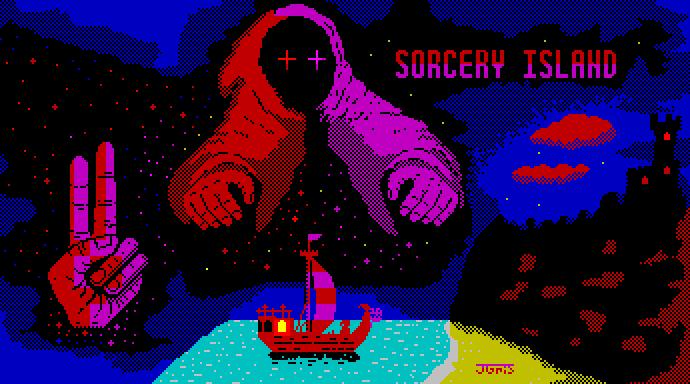 Sorcery Island is probably the most unusual of the classic platformers released recently. At least due to the fact that it is not made, apparently, on its own engine, rather than on AGD, and the movement in the game is carried out cognitively, rather than pixel by pixel. Due to this the author - Jose Manuel Gris - managed to achieve some variety in the sprites of the main character and enemies, even if not nearly as much as in some Valley of Rains or Savage.

You play as wizard Ronnie, who arrives on a certain island where Ozzie the witch is hiding, who has stolen a bunch of magical items from the best wizards in the world. This bad woman has stolen a very useful book of spells from Ronnie, which must be returned. To do this you will have to pass the whole two parts of the game - in the first to get to Ozzie's castle, and in the second to find the witch herself and fight her. 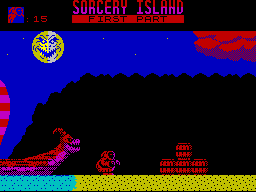 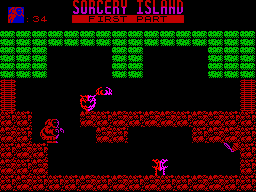 Sorcery Island is played, despite the very discrete movements of the protagonist, quite briskly - thank goodness, the collision counting here works more for you than for the enemies. Plus, a little running around the neighborhood, you'll get a battle magic, with which these same enemies can be shot off (they die, however, very long). In general, if you are a little tired of the aforementioned "AGD-platformers" (and it's not even the engine, but the monotonous gameplay), try this game - it may seem interesting.

You can download Sorcery Island from the official page or from "Perfect Pixel": here first part, and here second part (get the password after you pass the first one). 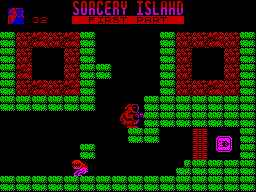 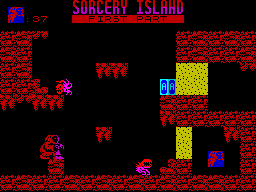