Prime 2D, the Metroid Prime fan demo, has been released 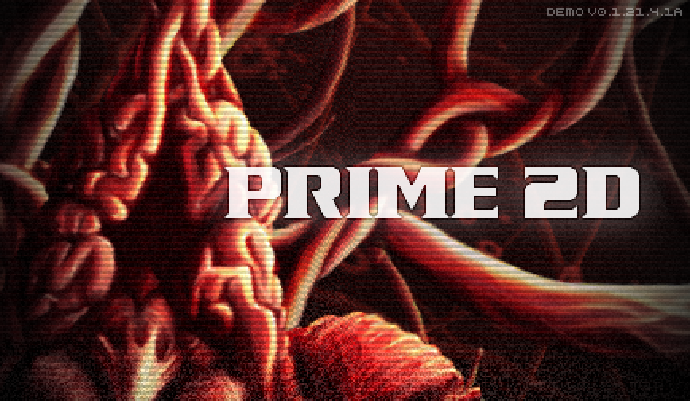 The ambitious Team SCU team has unleashed a playable demo of the upcoming Prime 2D, the unofficial demo of the 2002 hit Metroid Prime for GameCube, created by Retro Studios under license from Nintendo and personal decision by Shigeru Miyamoto. And, by the way, it was the first 3D game in the Metroid series.

There were hundreds of enthusiasts behind the project, who prepared thousands of assets over the years, as well as five programmers who refined the engine. And until the unkind Nintendo, which in 2016 already wrapped a similar fan remake AM2R (Another Metroid 2 Remake), did not notice the "shiny thing" and began once again sanctimoniously pecking at the soulful folk creativity, fans learned by bitter experience hastily download the novelty (about this below).

It's funny, that on April 1 the developers made a joke as a hint, writing verbatim the following: "Hey everyone, it's time for the first public demo of Prime 2D. The date might make you think this is an April Fool's joke, but we thought we would do it like our previous demos and release the game on April 1st. The project went through a lot of changes during the years of development and we finally decided that low-polygon 3D is exactly what we need. Please take it with a pinch of salt and be happy with our unique concept. After all, we made the game with love. And here are a few screenshots without any spoilers. 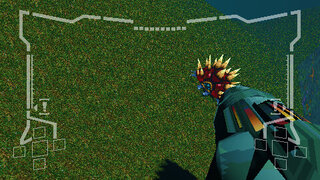 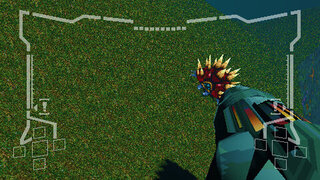 That's a funny joke, because fans were always picking on Metroid Prime specifically for the angular geometry of the levels. Anyway, the next day Team SCU posted a real demo for download and asked players to report bugs and inconsistencies on the forum and thanked them for their patience. And what did she get?

Feelings from the demo are the most positive. Excellent and authentic for the series graphics in a retro 448x252 resolution maximally qualitatively stretches to full screen. In the same way and juicy soundtrack: and the sounds, and music, and a very atmospheric ambient losses. The opening splash screen succinctly summarizes the opening 3D movie from the original. Running, jumping and shooting is comfortable. Maybe a little slip in the running animation. At the same time, there are no questions to the control - where necessary, we are shown tips that help this control. And, of course, there is the same mechanics of scanning, when to move forward in the territory requires the pointing and analyzing the points of the environment built into the suit scanner. So the game is definitely worth waiting for. However, what about the license? 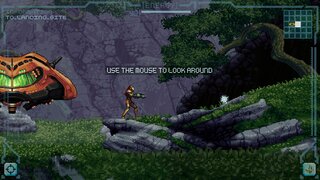 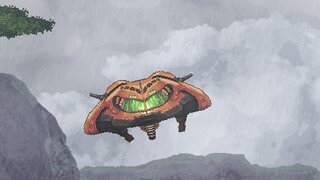 The guys at Team SCU write that they've been making Prime 2D from the beginning, not for sale, but in the flow of the joy of creation. Well, and, of course, to gain skills in game development, and gradually raising the bar of quality. So, during development the goal changed: instead of the original idea to transfer all of the 3D mechanics directly to the demo, it was decided that it would be better to focus on what works well for 2D games, keeping only the key concepts. After all, it's bad, they write, to limit yourself to the questionable direct transfer of 3D ideas into 2D space.

But will the demo's unpaid ideology help keep the demo's authors from enraging Nintendo's formidable bosses and getting under their heavy hand? Let's hope that the developers are lucky, and that hand just did not move against such a quality result of creative efforts of hundreds of fans. After all, they did and did, 17 years of work, and then there's a bang and "we command you. It's not good. As a last resort, nobody cancelled torrents. 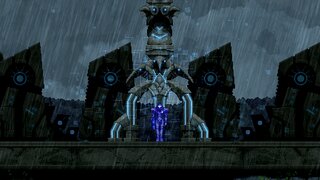 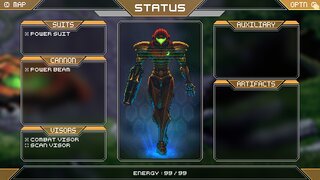 Although the players in the comments to the YouTube videos berate Team SCU for releasing this demo. Yes, they all say that in the future such projects should be released without any announcements - well, just so that the evil corporations physically couldn't suspend the development when it's ready. We hope that this will not happen to Prime 2D, and that the players will get the expected full-fledged release one way or another.

As for the Metroid series itself, it turns 35 years old this year, but Nintendo is still silent and does not show that it is going to celebrate this round date somehow. This is despite the fact that in 2019 the company relaunched production of the fan-awaited Metroid Prime 4, saying that the original Retro Studios will now take over development again. And from scratch.

You can download Prime 2D demo for Windows (for now) on developer's site (about 38 Mb). Hurry to see, as they say!

An example of a walkthrough of the Prime 2D demo:

And this is a teaser from Team SCU, dated November 2017 for the 15th anniversary of Metroid Prime (the graphics have clearly improved since then):