The Doom of the Pond is a beautiful horror quest about a cursed pond. 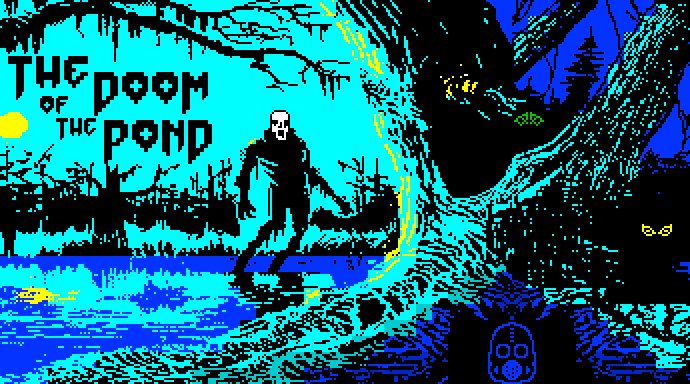 If you miss beautiful graphic quests in the style of "Star Legacy", rejoice - just recently Furillo Productions studio released The Doom of the Pond for ZX Spectrum 128K.

The events of this "interactive horror" are set in June 1980 in Bernard Valley, where Peter Parrish, a lonely ex-director of dubious customer service companies, arrives. He is about to leave two turtles at the local pond that his nephews gave him for his birthday. At this pond, residents of a nearby village are constantly dumping their pets, which they don't really want to take care of. Of course, some devilry immediately begins to happen to Peter, and he has to fight desperately for his life and sanity. 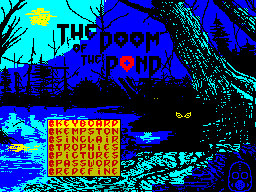 The basic gameplay of The Doom of the Pond consists of walking around screens and using stuff - well, like most quests, except here almost every location is equipped with beautiful graphics. It's easy to die from looking into a dark corner where someone's eyes are shining, so be sure to read the description. And don't get into trouble unless it's absolutely necessary.

Every now and then you'll be attacked by monsters, which you have to fight in an RPG-like manner. In fact, you just have to press the "Fire" button, trying to make the red skull touched the enemy, not you. True, if he touches it before the monster runs out of energy, the bugger will just make his feet. At first it will be like that, but with the new weapons it will be much easier to kill the local dangerous fauna. By the way, you can escape from the battlefield yourself - just press the "Down" button. 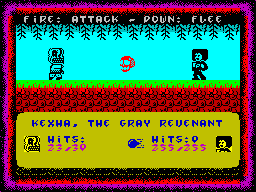 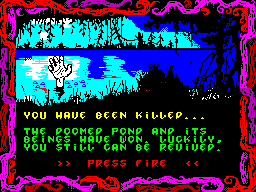 The Doom of the Pond was developed by two people - Molomazo was responsible for the idea, characters, graphics and design, and IADVD wrote the code and music. As the basis of the game used not a badly modified MK1 engine. As you know, it is not only suitable for endless platformers, and The Doom of the Pond confirms this perfectly.

You can download this wonderful game from official page on itch.io or from "Perfect Pixel": here English version, and here Spanish. There's also a separate "Jukebox" with all the music from the game (and there are 11 of them, by the way) - it's available, again, in English and Spanish versions. 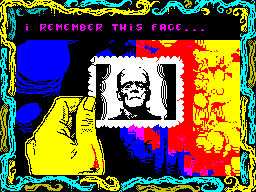 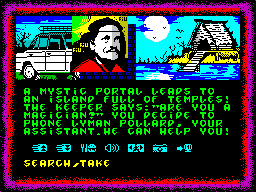 If someone wants to, they can buy the physical edition of

The Doom of the Pond - La Coza de la Poza can do it at https://hobbyretro.com/retro/la-coza-de-la-poza-the-doom-of-the-pond We ship worldwide.

If someone wants to, they can buy the physical edition of

I added this to the article.