Spent! Sealed copy of Super Mario Bros. goes under the hammer for $660,000 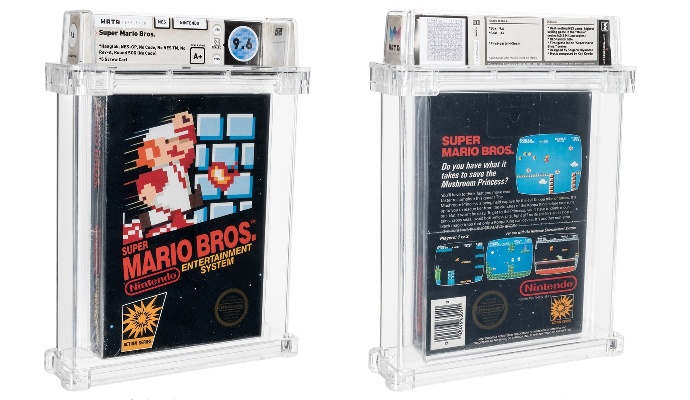 The willingness of individual comrades to spend insane amounts of money on seemingly ordinary things never ceases to amaze. In July 2020, we wrote about sold for $114,000 a copy of Super Mario Bros., and a little later about Super Mario Bros. 3, which found its $156,000 buyer. Both games were sealed and in excellent condition, but the sums are still huge and, at the time of their auctions, record-breaking.

However, they both pale in comparison to the new achievement - just now another copy of Super Mario Bros. went under the hammer for $660,000 at Heritage Auctions. Even a unique SNES-CD console was almost twice cheaper - a year ago it was bought for $360,000. Recall that more than 40 million Super Mario Bros. cartridges were once released. (not counting reruns and digital releases), so it's hard to call the game rare.

Here's how the uniqueness of this particular piece on Heritage Auctions is justified:

Not only is this the best-preserved game in a black box and plastic "envelope" with a perforated cardboard "hanger," but it's also the oldest sealed copy of Super Mario Bros. we've come across. It's only the fourth version of the game, and it wasn't released for very long. To be clear - the wide release of the console was in mid-to-late 1986, and the games released then in black boxes did not have the code "Game Pak NES-GP". That said, Nintendo didn't start adding the trademark symbol to its games until early 1987. Obviously, the release window for this particular variant was very narrow!

It is also worth noting that the company Wata, whose services are actively used by collectors, estimated the condition of this copy of Super Mario Bros. at 9.6 A+. Translated into Russian - "excellent condition, close to perfect". And in the collector's translation - "worth spending 660 thousand dollars on it".

You can leave your thoughts on how you could have spent such a lot of money more profitably in the comments, and watch the last minutes of the auction in this video: